Calling the Shots: Women and Contemporary Film Culture in the UK, was a research project that investigated what is distinctive about the work of women in British cinema and what obstacles women face in the industry.

This innovative research project ran for 15 years, conducting primary research through a detailed statistical analysis of British films from 2000-2015.

Partnering with major stakeholders within the British film and television, including the BFI, Women in Film and Television UK, BECTU, Birds Eye View, and Harbour Lights Cinema.

Calling the Shots’ research makes it undeniably clear that women are widely and consistently excluded from key creative roles in the British film industry. Analysis of the data showed that

Click to view the full details of the reports

Women are a drastically under-utilised resource for the UK film industry. This project investigated three interrelated areas that have distinct impacts:

The data collected produced annual reports detailing how many women worked in key production roles on British films released between 2000 – 2015, you can view them in more detail on our Reports page.

We conducted interviews with 50 women in six key film making roles. The interviews were recorded and helped to build a story of women’s varied experiences in British film in the first part of this century. All recordings will be made available to future scholars through the BECTU History Project archive and on our Filmmakers Interview page.

The data generated by the project’s research, is frequently referred to in press coverage of inequalities in the film industry, including a Guardian piece by Ben Roberts, Director of the British Film Institute’s Film Fund.

The reports became part of the case that led to organisations such as the BFI Film Fund to support measures such as targets of 50-50 gender balance and 20% BAME representation among supported filmmakers. 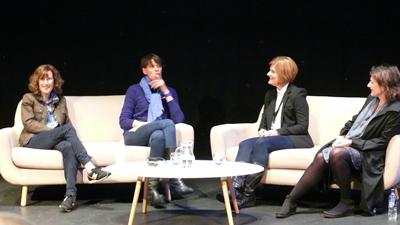 Funding was achieved through a grant from the Arts & Humanities Research Council totaling £589,710.